Chișinău, also known formerly as Kishinev and Kichineff, is the capital and largest city of the Republic of Moldova. The city is Moldova’s main industrial and commercial center, and is located in the middle of the country, on the river Bîc. According to the preliminary results of the 2014 census, the city of Chișinău is home to 492,894 residents. The estimated number of resident population in the Municipality of Chișinău (which includes other nearby communities), as of 1 January 2015, is 736,100.

Chișinău is the most economically prosperous locality in Moldova and its largest transportation hub. 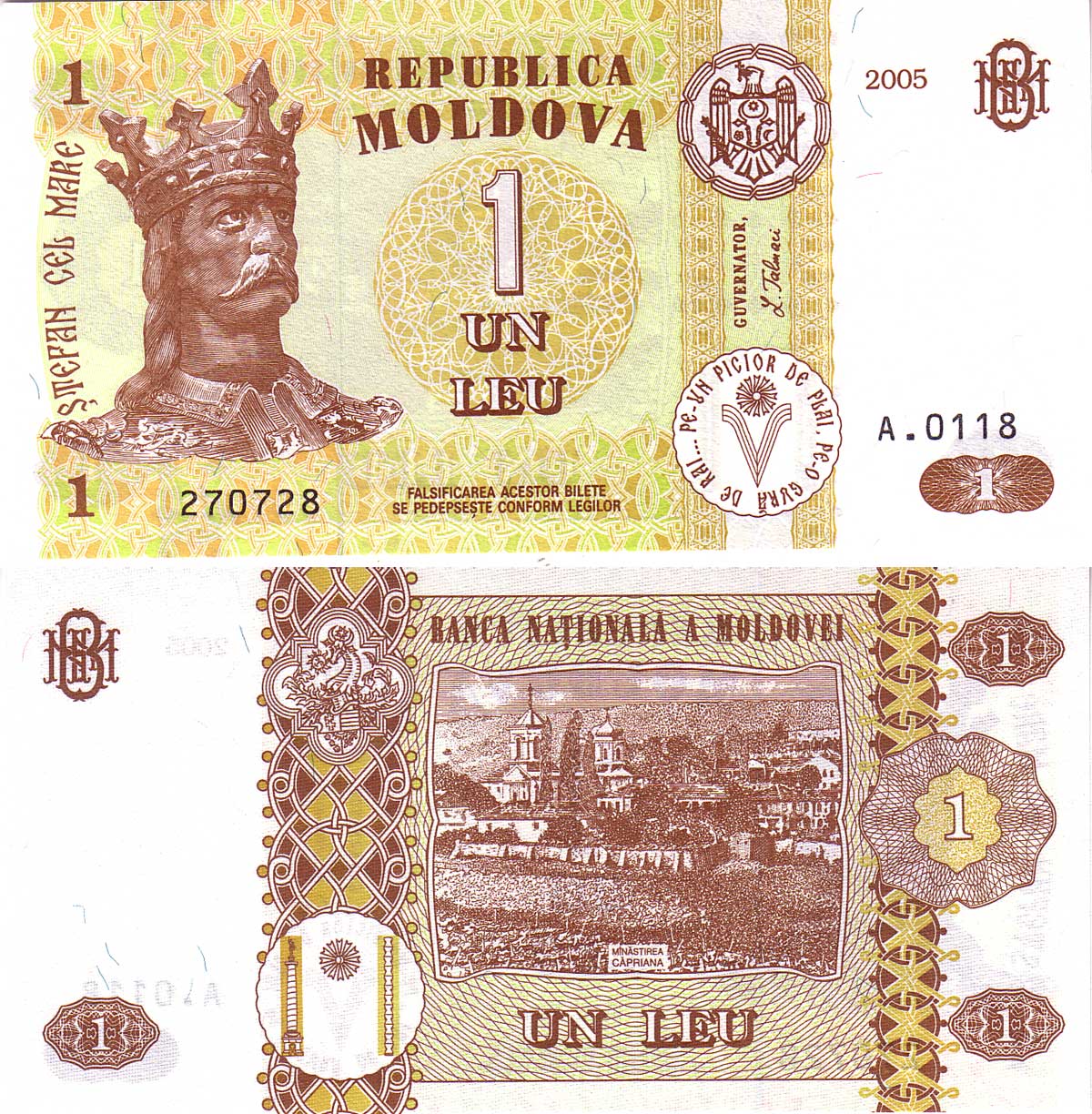 The city lies in central Moldova and is surrounded by a relatively level landscape with very fertile ground.

Chișinău has a humid continental climate (Köppen climate classification Dfa) transitional with a humid subtropical climate and an oceanic climate, characterized by hot dry summers and windy cold winters. Winter temperatures are often below 0 °C (32 °F), although they rarely drop below −10 °C (14 °F). In summer, the average maximum temperature is approximately 25 °C (77 °F), however, temperatures sometimes reach 35 to 40 °C (95 to 104 °F) in mid-summer in downtown. Although average precipitation and humidity during summer is low, there are infrequent yet heavy storms. Spring and autumn temperatures vary between 16 to 24 °C (61 to 75 °F), and precipitation during this time tends to be lower than in summer but with more frequent yet milder periods of rain.

Founded in 1436 as a monastery village, the city was part of the Principality of Moldavia (which, starting with the 16th century fell under the suzerainty of the Ottoman Empire). At the beginning of the 19th century Chișinău was a small town of 7,000 inhabitants.

In 1812, in the aftermath of the Russo-Turkish War (1806–1812), the eastern half of Moldavia was ceded to the Russian Empire and Chișinău became the capital of the newly annexed oblast of Bessarabia.

By 1834, an imperial townscape with broad and long roads had emerged as a result of a generous development plan, which divided Chișinău roughly into two areas: the old part of the town — with its irregular building structures — and a newer city center and station. Between 26 May 1830 and 13 October 1836 the architect Avraam Melnikov established the Catedrala Nașterea Domnului with a magnificent bell tower. In 1840 the building of the Triumphal arch, planned by the architect Luca Zaushkevich, was completed. Following this the construction of numerous buildings and landmarks began.

On 28 August 1871, Chișinău was linked by rail with Tiraspol, and in 1873 with Cornești. Chișinău-Ungheni-Iași railway was opened on 1 June 1875 in preparation for the Russo-Turkish War (1877–1878). The town played an important part in the war between Russia and Ottoman Empire, as the main staging area of the Russian invasion.

In the late 19th century, especially due to growing anti-Semitic sentiment in the Russian Empire and better economic conditions, many Jews chose to settle in Chișinău. By the year 1900, 43% of the population of Chișinău was Jewish — one of the highest numbers in Europe.

A large anti-Semitic riot took place in the town on 6–7 April 1903, which would later be known as the Kishinev pogrom. The rioting continued for three days, resulting in 47 Jews dead, 92 severely wounded, and 500 suffering minor injuries. In addition, several hundred houses and many businesses were plundered and destroyed. The pogroms are largely believed to have been incited by anti-Jewish propaganda in the only official newspaper of the time, Bessarabetz (Бессарабецъ). Mayor Schmidt disapproved of the incident and resigned later in 1903. The reactions to this incident included a petition to Tsar Nicholas II of Russia on behalf of the American people by the US President Theodore Roosevelt in July 1905.

On 22 August 1905 another violent event occurred: The police opened fire on an estimated 3,000 demonstrating agricultural workers. Only a few months later, 19–20 October 1905, a further protest occurred, helping to force the hand of Nicholas II in bringing about the October Manifesto. However, these demonstrations suddenly turned into another anti-Jewish pogrom, resulting in 19 deaths.

Following the Russian October Revolution, Bessarabia declared independence from the crumbling empire, as the Moldavian Democratic Republic, before joining the Kingdom of Romania. Romania granted important subsidies to its province and initiated large scale investment programs in the infrastructure of the main cities in Basarabia and Northern Bucovina, expanded the railroad infrastructure and started an extensive program to eradicate illiteracy. Only with the advent of modern technology and industrialization, it slowly rose into prominence.

As of 1919, Chișinău had an estimated population of 133,000. Between 1918 and 1940 the center of the city undertook large renovation work. In 1927 the Stephen the Great Monument, by the sculptor Alexandru Plămădeală, was erected.

In the chaos of the Second World War Chișinău was almost completely destroyed.[citation needed].A devastating earthquake occurred on 10 November 1940. The epicenter of the quake, which measured 7.3 on the Richter scale, was in eastern Romania and subsequently led to substantial destruction.

After scarcely one year, the assault on the newly created Moldavian SSR by the German and Romanian armies began. Beginning with June 1941 the city came under bombardment by Nazi air raids. However, Romanian sources assign most of the responsibility for the damage to Soviet NKVD destruction battalions, that operated in Chișinău until 17 July 1941, when it was captured by invading Axis forces.

Following the German occupation, the city suffered from the Nazi extermination policy of its Jewish inhabitants, who were transported on trucks to the outskirts of the city and then summarily shot in partially dug pits. The number of Jews murdered during the initial occupation of the city is estimated at approximately 10,000 people.

As the war drew to a conclusion, the city was once more pulled into heavy fighting as German and Romanian troops retreated. Chișinău was taken by the Red Army on 24 August 1944 as a result of the Jassy-Kishinev Operation.

In the years 1947 to 1949 the architect Alexey Shchusev developed a plan with the aid of a team of architects for the gradual reconstruction of the city.

There was rapid population growth in the 1950s, to which the Soviet administration responded by constructing large-scale housing and palaces in the style of Stalinist architecture. This process continued under Nikita Khrushchev, who called for construction under the slogan “good, cheaper and built faster”. The new architectural style brought about dramatic change and generated the style that dominates today, with large blocks of flats arranged in considerable settlements.

The period of the most significant redevelopment of the city extended from 1971, when the Council of Ministers of the Soviet Union adopted a decision “On the measures for further development of the city of Kishinev”, which secured more than one billion rubles in investment from the state budget,[15] which continued until the independence of Moldova in 1991. On 4 March 1977 the city was again jolted by a terrible earthquake. Several people were killed and panic broke out.

Many streets of Chișinău are named after historic persons, places or events. Independence from the Soviet Union was followed by a large-scale renaming of streets and localities from a Communist theme into a national one.

Historically, the city was home to fourteen factories in 1919.

Chișinău is the financial and business capital of Moldova. Its GDP comprises about 60% of national economy reached in 2012 the amount of 52 billion lei (US $4 billion). Thus, the GDP per capita of Chișinău stood at 227% of the Moldova’s average. Chișinău has the largest and most developed mass media sector in Moldova, and is home to several related companies ranging from leading television networks and radio stations to major newspapers. All national and international banks  have their headquarters located in Chișinău.

Notable sites around Chișinău include the cinema Patria, the new malls Malldova, Megapolis Mall and best-known retailers, such as N1, Fidesco, Green Hills, Fourchette and Metro. While many locals continue to shop at the bazaars, many upper class residents and tourists shop at the retail stores and at Malldova. Elăt, an older mall in the Botanica district, and Sun City, in the center, are more popular with locals.

Several amusement parks exist around the city. A Soviet era one is in the Botanica district, along the three lakes of a major park, which reaches the outskirts of the city center. Another, the modern Aventura Park, is located farther from the center. A circus, which used to be in a grand building in the Rîșcani sector, has been inactive for several years due to a poorly funded renovation project.

Chișinău is the seat of the Moldovan Orthodox Church, as well as of the Metropolis of Bessarabia. The city has multiple churches and synagogues.

The Air Moldova flight operator has its head office on the grounds of Chișinău International Airport.

The most popular form of internal transport in Moldova is generally the bus.[citation needed] Although the city has just three main terminals, buses generally serve as the means of transport between cities in and outside of Moldova. Popular destinations include Tiraspol, Odessa (Ukraine), Iași and Bucharest (Romania).

The second most popular form of domestic transportation within Moldova is via railways. The total length of the network managed by Moldovan Railway CFM (as of 2009) is 1,232 kilometers (766 miles). The entire network is single track and is not electrified. The central hub of all railways is Chișinău Central Railway Station. There is another smaller railway station – Revaca located on the city’s ends.

Chișinău Railway Station has an international railway terminal with connections to Bucharest, Kiev, Minsk, Odessa, Moscow, Samara, Varna and St. Petersburg. Due to the simmering conflict between Moldova and the unrecognised Transnistria republic the rail traffic towards Ukraine is occasionally stopped.

There is wide trolleybus network operating as common public transportation within city. From 1994, Chișinău saw the establishment of new trolleybus lines, as well as an increase in capacity of existing lines, to improve connections between the urban districts. The network comprises 22 trolleybus lines being 246 km (153 mi) in length. Trolleybuses run between 06:00 and 23:00. There are 270 units daily operating in Chișinău. However the requirements are as minimum as 340 units. Trolleybus ticket costs at about 2 lei (ca. $0.18). It is the cheapest method of transport within Chișinău municipality.

In Chișinău and its suburbs, privately operated minibuses, known as “rutieras” generally follow the major bus and trolleybus routes and appear more frequently. There are approx. 1800 units of minibuses operating within Chișinău. Minibuses services are priced the same as buses – 3 lei for a ticket (ca. $0.25).

The city traffic becomes more and more congested each year pass. Nowadays there are at about 300,000 cars in the city plus 100,000 transit transport coming everyday to the city. Prospective number of personal transport will reach the 550,000 (without transit) in 2025.